A Plea for Caution From Russia

What Putin Has to Say to Tennesseans About Education

MOSCOW — Recent events surrounding education policy in Tennessee have prompted me to speak directly to the people of Tennessee and their political leaders. It is important to do so at a time of insufficient communication between our societies. 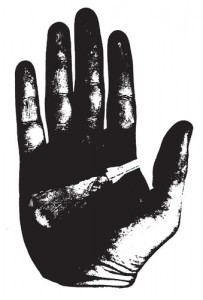 Relations between us have passed through different stages. We stood against each other during the cold war. But we were also allies once, and defeated the Nazis together. The universal international organization — the United Nations — was then established to prevent such devastation from ever happening again.

The potential rebalancing of the education policy debate — towards more thoughftulness, critique, and effective collaboration — despite strong opposition from many education organizations and major political and education leaders, will result in more innocent victims.

Russia must ask: What about the children?

Any effort to depart from your current reform path, and embrace countervailing viewpoints, would undermine effective, unilateral efforts to resolve the pressing teacher evaluation, pay, and licensure issues, as well as the Charter schools-Traditional schools conflict.  Departing from the current reform path could also destabilize Metro Nashville Public Schools and Memphis City Schools. It could throw the entire emerging system out of balance.

From the outset, Russia has advocated peaceful dialogue — that is, a positive and collaborative tone — enabling those truly dedicated to public education in Tennessee to develop a plan for their own future.  We do not advocate protecting any particular set of policies, but rather the law itself, as passed by the Tennessee legislature and the Tennessee Board of Education.  Russia believes that preserving law and order in today’s complex and turbulent world is one of the few ways to keep education policy from sliding into chaos. The law is still the law, and we must follow it whether we like it or not, even if it sometimes means issuing harsh sanctions.

No one doubts that spurious character attacks, politically-motivated statements, articles, op-eds, blog posts, and tweets, and selective use of research and anecdote have been used during education debates in Tennessee. But there is every reason to believe these were used not by the those truly dedicated to the cause of education, but by opposition forces, to provoke intervention by their powerful patrons.

It is alarming that debate in policy discussions is becoming increasingly commonplace in Tennessee. Is it in Tennessee’s long-term interest? I doubt it. Millions around your country increasingly see Tennessee, not as a state making innovative, cage-busting strides towards high-quality seats under the slogan “you’re either with us or against us,” but rather as a model of collaborative debate and democratic critique and discussion.

But discussion and debate have proved ineffective and pointless. Memphis is reeling, and no one can say what will happen after state oversight withdraws. Metro Nashville Public Schools is divided into tribes and clans, and the civil war continues, with dozens Tweeting at each other, incessantly, each day.

No matter how targeted the discussions or how sophisticated the debate, casualties are inevitable, particularly of students left without high-quality seats, whom the debates are meant to protect.

We must stop using the language of deliberation and collaboration, and return to the path of urgent, rigorous, and innovative educational reform.

A new opportunity to avoid thoughtful debate has emerged in the past few days. Tennessee, Metro Nashville Public Schools, and all members of the educational community must take advantage of both sides’ willingness to destroy any possibility of collaboration on the issues of charters.  Judging by the statements of many in the state, both sides see ramping up the rhetoric as a good alternative to considered and thoughtful debate and policy solutions.

I welcome the any Tennessean’s interest in continuing the dialogue with Russia on education policy. We must work together to keep this hope alive, and enforce the law, as written.  We must keep moving forward.

If we can avoid any slowdown of progress and any deliberative, community- and state-wide discussions, this will improve the education atmosphere in Tennessee and strengthen the respect of others within the United States, and around the world.

My working and personal relationship with education and political leaders in Tennessee is marked by growing trust. I appreciate this. I have carefully studied their public (and private) statements over the last several years. And I would rather disagree with a recent case made on Tennessee’s deliberative and collaborative spirit, stating that Tennessee’s efforts at honest and thoughtful discussion, and true collaboration is “what makes Tennessee different. It’s what makes Tennessee exceptional.” It is extremely dangerous to encourage people to be thoughtful and deliberative, whatever the motivation. There are big school systems and small school systems, rich and poor, those with long education reform traditions and those still finding their way to true education reform. Their policies differ, too, though Russia is happy to help in fixing this. We are all different, unfortunately, but when we ask for the Lord’s blessings, we must not forget that God wants every child to have a high-quality seat, and does not care how we get there, so long as we do it quickly.

Vladimir V. Putin is the president of Russia.