I’ve written a lot about school funding and teacher pay in Tennessee. About how our state pays teachers at a discount rate and hasn’t really been improving that much.

Now, I’ve found a couple of helpful graphs to demonstrate that in spite of all the rhetoric you might hear from Governor Haslam and some legislators, Tennessee still has a long way to go in order to be making proper investments in our schools.

First, we’ll look at per pupil spending in inflation-adjusted (2016) dollars: 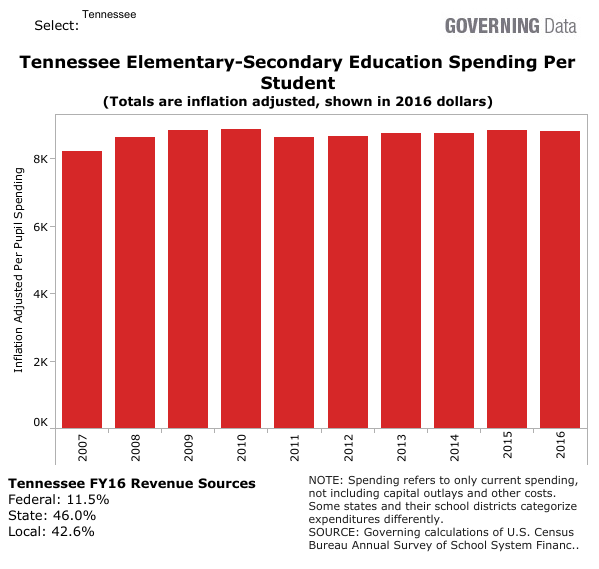 Here’s the graph that shows per pupil spending by state for 2016: 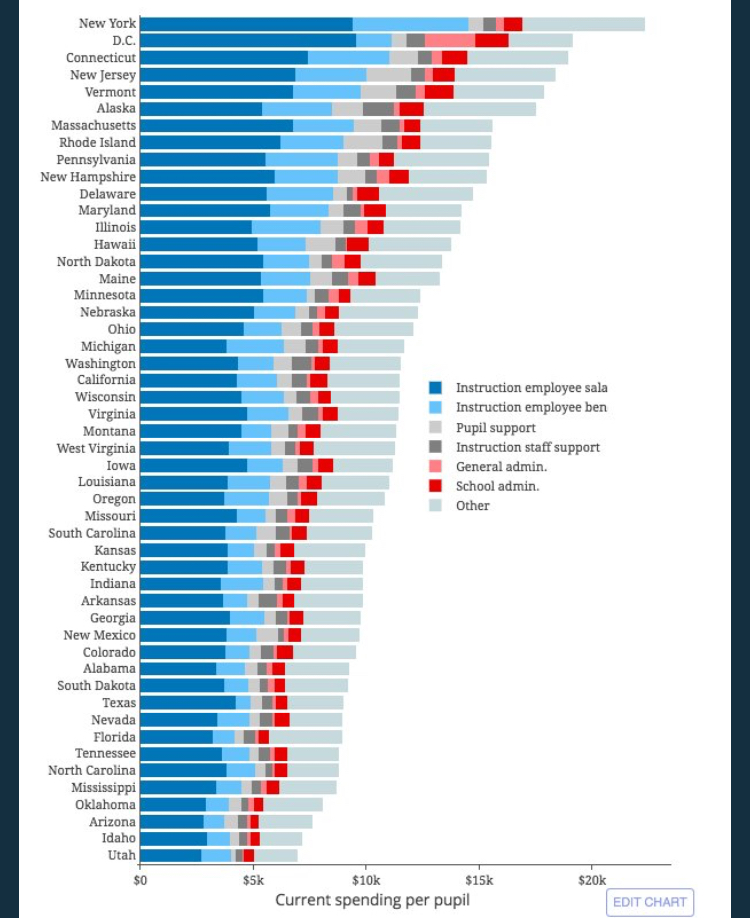 School spending doesn’t happen in a vacuum — it’s not like when Tennessee spends, other states stop. So, to catch up, we have to do more. Or, we have to decide that remaining 43rd or 44th in investment per student is where we should be.

One thought on “Graphs!”