Just days after members of the Knox County School Board took the Tennessee Department of Education to task for “incompetence” and an “abject failure” to measure student achievement or teacher performance, the Directors of the state’s two largest school districts, Nashville and Memphis, sent a letter to Education Commissioner Candice McQueen and Governor Bill Haslam stating they had “no confidence” in TNReady and asking the state to pause the test.

“We respectfully ask the State to hit the pause button on TNReady in order to allow the next Governor and Commissioner to convene a statewide working group of educators to sort out the myriad challenges in a statewide, collaborative conversation.”

The two leaders, whose districts represent 20 percent of all students in Tennessee, note:

“We are challenged to explain to teachers, parents, and students why they must accept the results of a test that has not been effectively deployed.”

The language from these two directors is the strongest yet from any district and the first to call for an outright stop to administration of the TNReady test while the state explores other options. Johnson City’s school board sent a proposal asking for a significant reduction in testing while Wilson County is exploring the possibility of administering a different test altogether. At the same time, Williamson County Director of Schools Mike Looney expressed concern about the poor administration of this year’s test.

It seems clear there is growing concern among educators about the continued use of TNReady. As Joseph and Hopson note, taxpayer resources have been invested in a test that is poorly implemented and yields suspect results. Taking their suggestion of a pause could give the state and a new Governor and Education Commissioner time to actually develop a process for administering an aligned assessment that does not disrupt instruction and does return useful, meaningful results to teachers, parents, and students. 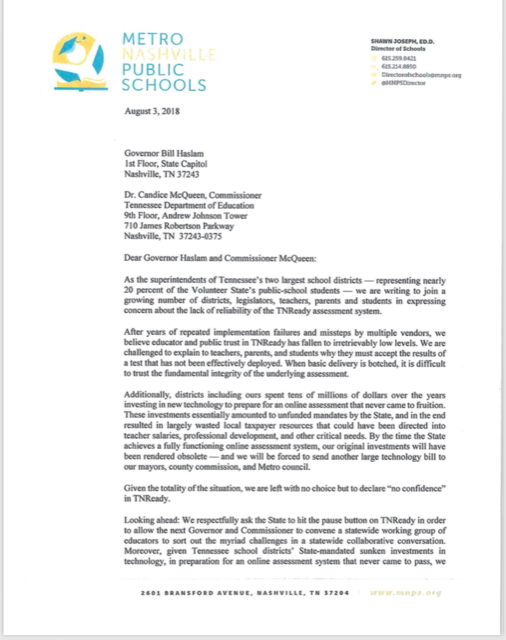 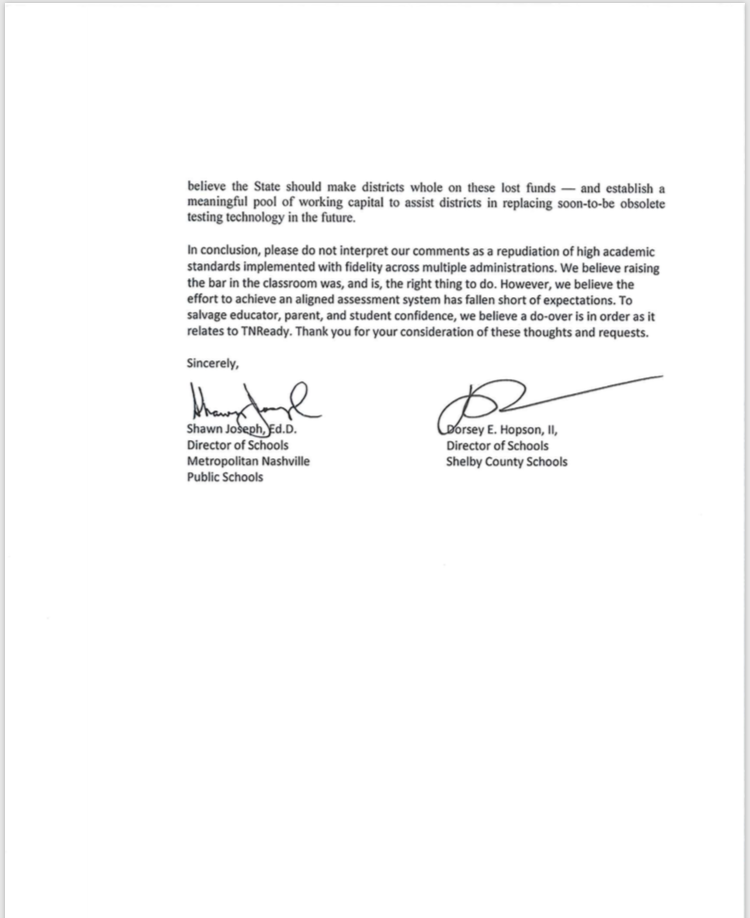 3 thoughts on ““No Confidence” in TNReady”