Gov. Bill Lee indicated this week that he’s open to legislation that would arm Tennessee teachers in the wake of the most recent school shooting in Uvalde, TX.

Lee made the remarks in an interview with Chalkbeat.

Q: After the 2018 mass shooting at a high school in Parkland, Florida, several Tennessee lawmakers proposed letting some teachers carry guns at school. The bills generally stalled, but there’s talk again of turning some teachers into armed security guards. Would you support such legislation?

A: I have said before that I would be in favor of a strategy that includes training and vetting and a very strategic and appropriate plan for (arming teachers). There are a lot of details that have to be right for that to be considered. But if lawmakers brought it forth, I would certainly consider it.

In related news, a group of pastors this week delivered a letter to Lee’s office calling for action to curb gun violence. 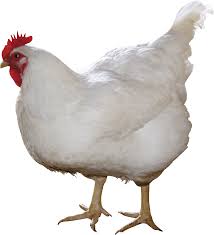 Today, legislators in a House subcommittee advanced a bill (HB2208) that would allow school districts to create policy allowing teachers to carry guns in schools.

Here’s what’s interesting: No one wants this bill but the lawmakers who voted for it. Governor Haslam has indicated he’s opposed. Law enforcement representatives spoke against it. The state’s largest association of teachers issued a statement opposing the bill. It’s not even clear there’s an agency willing to conduct the necessary training.

The bill is scheduled to be heard in the full House committee and in a Senate Committee next week.

Here’s the Tennessee Education Association email to members on the bill: