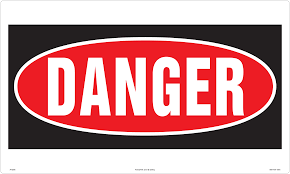 2 thoughts on “Danger Ahead?”