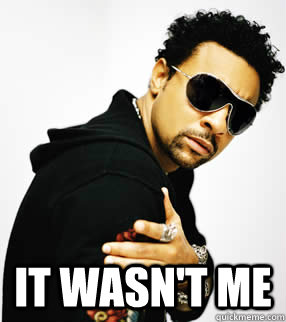 One thought on “It Wasn’t Me”