Tomorrow, the Tennessee General Assembly’s House Finance Committee will listen to debate and possibly vote on HB 1049, legislation that would create a private school voucher program in the state of Tennessee.

Yes, the 22 members of the Finance Committee could send an expensive, unproven voucher scheme to the House Floor for a vote — or, they could reject the plan or delay a vote until later.

The cost of the program at full implementation comes in at $130 million or more. Local school boards would lose funding but still have to maintain facilities and staffing at or near current levels.

This comes at a time when the state is facing a lawsuit calling its funding of public schools inadequate.

It seems that, no matter what you believe about the merits of that lawsuit, it would be wise to wait on starting an expensive new program until the suit is settled. Imagine if the state opens vouchers and then also loses the school funding lawsuit. The money that would then be going to vouchers could be used to boost funding at public schools.

Aside from the funding question, though, it’s important to pay attention to outcomes. As Jon Alfuth noted in an article on the topic last year, so far, there is little to no evidence of a positive impact on student outcomes from a voucher program.

If what we do in education is truly all about the students, then we should adopt policies that have proven positive impacts.

Proponents may argue, though, that vouchers haven’t shown harm and it is possible Tennessee’s program could be the one that finally shows a benefit.

Except, now there’s a study of Louisiana’s voucher program. Instead of showing no impact or a slight positive impact, the study shows actual harms to students participating in the program.

Specifically, the study, released by the National Bureau of Economic Research found:

So, not only are vouchers expensive, they have been shown (in Louisiana at least) to have negative impacts on students.

With little data showing any significant positive gains and new data suggesting possible harms, it is difficult to understand why policymakers would adopt a voucher system in Tennessee.

A group in Nashville speaking out against vouchers: 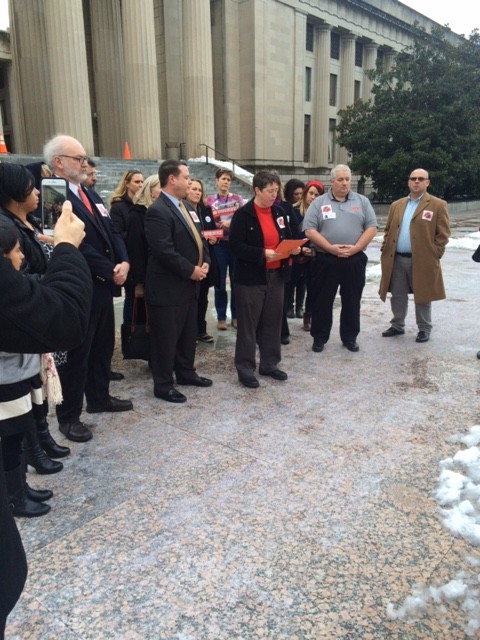 5 thoughts on “What TN Can Learn from Louisiana on Vouchers”