Teachers working for substandard wages. Students attending school in trailers because of overcrowding. A lack of school counselors, nurses, and support staff. A funding shortfall of around $1 billion.

Yes, these conditions all describe Tennessee. But the story reporting on them is about schools in our neighboring state of Virginia.

Just a few miles away from the moldy trailers of McLean high school is the proposed site of on Amazon’s new headquarters in Crystal City, Virginia, right across the Potomac River from the Lincoln Memorial. The influx of new residents to northern Virginia attracted by Amazon is only likely to expand the trailer parks sitting outside of many northern Virginia schools.

While Virginia’s Democratic governor Ralph Northam is proposing to increase education funding by $269m, he has proposed to spend nearly three times as much, $750m, to lure Amazon to northern Virginia. The offer was made to secure Amazon’s “HQ2” – the tech company’s second headquarters which it split between Virginia and a second – equally controversial – site in Long Island City, New York.

Teachers are pushing back and now are going out in the first statewide teachers’ strikes in Virginia’s history.

In fact, while telling teachers significant raises were “unaffordable” last year, Metro Nashville somehow found millions to lure an Amazon hub to the city. This despite a long-building crisis in teacher pay in the city. Combine a city with low pay for teachers with a state government reluctant to invest in salaries, and you have a pretty low value proposition for teachers in our state.

In fact, some teachers are openly expressing concern and highlighting our state’s failed business plan:

I’m starting a business and looking for workers. The work is intense, so the workers should be highly skilled. Experience preferred. Starting salary is 40k with the opportunity to get all the way to 65k after 25 years of staying in the same position. See how dumb that sounds?

Teachers in West Virginia, Arizona, Oklahoma, Kentucky, and Los Angeles have experienced some level of success in recent strikes. Teachers in Virginia were on strike today. These strikes have earned the support of parents and community members and have yielded tangible results both in terms of new investments in schools and increased political power for teachers.

Here in Tennessee, however, teachers have yet to strike. In fact, it’s difficult to find serious discussion of a strike. Sure, our investment in schools is less now than when Bill Haslam took over ($67 less per student in inflation-adjusted dollars). And yes, our teachers earn among the lowest salaries in the region with no significant improvement in recent years. Oh, and our own Comptroller says we’re at least $500 million short of what we need to adequately fund schools. A closer look at what the state’s BEP Committee leaves out reveals that number is very likely $1 billion.

So, when will Tennessee teachers strike?

Or, are the conditions that are unacceptable in so many places across the country just fine for our schools here in Tennessee?

If you’re a teacher and you have thoughts on striking, I’d love to hear from you: andy@tnedreport.com 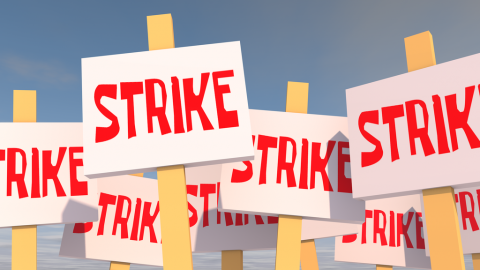 Your support – as little as $1 a month – helps make education reporting sustainable.