I spent some time recently talking with Bobby Nicholson of Knoxville-based ACT test prep company Outlier’s Advantage. Bobby’s company publishes a guide called “It Pays to Prep” outlining the various merit-based scholarships available at Tennessee public and private colleges and the criteria for being considered for those awards.

When I asked Bobby if there was any one secret ingredient to boosting ACT readiness, he said without hesitation that it’s reading fiction. Students should start reading fiction intentionally in middle school with a goal of having 100 fiction books read by their junior year (the key year for the ACT test).

2) What do you see as the primary utility of your guide?
The primary utility of It Pays to Prep! is helping families understand how much money there is available to them if they get their ACT scores up. Many families are unaware that students don’t even need to have a high ACT or GPA. For example, Maryville College gives $19,000 a year ($76,000 over four years) for a 19 on the ACT.

3) What’s the ONE thing you want families to know as they are preparing to send a child to college?
It will pay off tremendously if parents can get students reading fiction daily for at least 20 minutes by the start of middle school. Contrary to what most think, GPA is NOT a good indicator of success on the ACT. Ultimately, it is a timed test, and a student who reads twice as fast will score higher. A student who has 100 fiction novels under their belt by the time they hit their junior year will be in a great position to achieve a 28 or above. Students with less than 50 are usually going to score below a 24 no matter how good their GPA is. As unexpected as it may sound, reading fiction daily is the magic ingredient.

4) How soon should kids start prepping for the ACT?
First, students need to understand that they need to have a minimum 3.5 weighted GPA from the beginning of freshman year if they plan on going to college. That is the minimum GPA requirement for most merit-based scholarships. Commonly, students enter high school unaware that their freshman year GPA matters, but students need to be committed to obtaining at least a 3.5 GPA from day one of high school. Early in their high school journey, they should also start to consider colleges that they might like to attend, too, because the minimum GPA required for merit-based scholarships may be higher than a 3.5. For example, UTK has a minimum 3.8 weighted GPA requirement for merit-based scholarships.
Next, students need to understand that they aren’t just preparing themselves to get into college: they are preparing to graduate from college. It is a little known that less than 60% of students who start college will graduate, which is a huge reason to be taking the most challenging classes. Even if they don’t do as well, they are preparing themselves for success and meeting the standards of a college curriculum.
Lastly, we recommend that students start prepping for the ACT as soon as possible after they have completed algebra two and geometry. There are only four pre-calc/trigonometry questions per ACT, so it is unnecessary to hold off on starting ACT prep until students have completed those courses. Furthermore, the longer students wait after taking algebra two and geometry, the more likely they will forget the material that would increase their ACT score.

5) What are some of the biggest myths you’ve heard about college and the ACT?
Instead of myths, I’ll rephrase this as misunderstandings.
Most schools tell students to guess C. However, the ACT knows that schools recommend guessing C. Therefore, on the last ten questions of the math test (where students are highly likely to be guessing), the ACT almost always puts fewer Cs than every other answer.
Most schools recommend skimming. However, most schools also don’t understand that this is a test of attention to detail. If students skim, they will be missing the exact things the ACT is going to be asking about. This will mean that most students won’t be able to finish the test in time, and this fact further advocates for why it’s so important to be reading fiction from a young age.
Most schools recommend trying to finish the test. However, most students will get more questions correct if they read more carefully, even if they don’t get to all the questions. Students will often rush through the questions at the beginning of the test, which are usually the easiest. This causes them to miss questions they could have gotten correct to get to the end of the test, where they are facing questions that they are much less likely to get right.
It is a myth that it is harder for students to increase their score once they get to a 26. The reality is that it is often harder to go from a 20 to a 26 than a 26 to a 32. The former typically involves learning a ton of grammar, math, reading speed, and study skills. The latter is often a matter of tying up loose ends and mastering timing.
Many people think the ACT is a hard test. The reality is that it is a test of the mastery level understanding of the basics. Everything a student needs to score a 30 or above on English, reading, and science has been taught by the end of 8th grade.

6) How can families maximize their student’s potential no matter where they fall on the ACT score spectrum?
I may answer this question differently than you want, but we want to say a few things about this question in general.
First, a bad score doesn’t mean ANYTHING about a student’s potential. It is just a good score that says a lot.
Second, it has been our experience that nearly 100% of students with at least a 3.5 weighted GPA are capable of at least a 28 ACT score.
Third, MOST students don’t need to worry about a high ACT score. If students start at a community college, their ACT score (outside of getting the hope scholarship and testing out of developmental classes) will have almost no bearing once they transfer. Most colleges won’t even have a place to include ACT scores for transfer students.
Students with below a 3.5 GPA only need to get a high enough ACT score to get accepted into their college of choice, and that required ACT score is probably way lower than it might seem. For example, UTK’s AVERAGE ACT score is usually around 29 for incoming first-year students. However, we have students get accepted all the time with 3.1 GPAs and a 24 ACT score. With that being said, these scores are often rising, so it’s better to err on the side of a higher score, but UTK is one of the most competitive schools in the state. There are still lots of schools where a 19 ACT score will be enough.
Therefore, the main students who need to focus on getting as high of an ACT score as possible are those who have at least a 3.5 weighted GPA and are trying to earn scholarship money or get accepted into a competitive school. Everyone else can maximize their student’s potential by getting them thinking about the future they want to create for themselves. A great program to help them do that is called the future authoring program.

Check out It Pays to Prep! 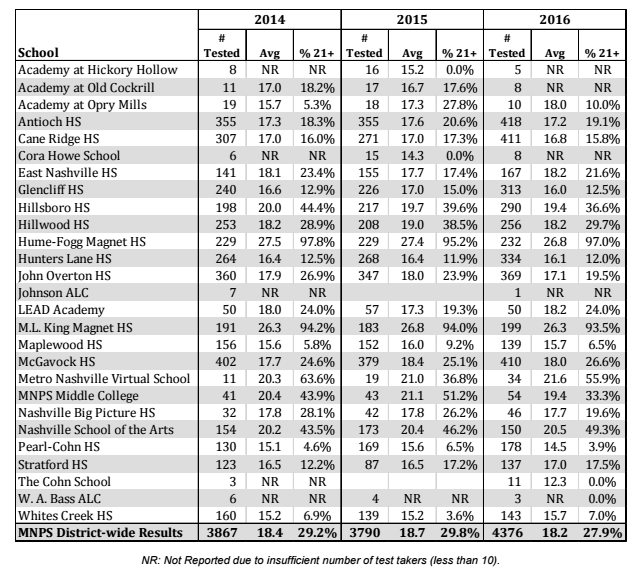