Is Nashville Mayor David Briley a supporter of school vouchers? His actions certainly don’t indicate he opposes them. In fact, while Governor Bill Lee’s “Education Savings Account” voucher scheme was advancing in the legislature, Briley was working closely with a lobbying firm pushing the plan.

Here’s more on what Briley has said, done, and not done as legislation with a devastating financial impact on Nashville ultimately became law.

You might be asking how the mayor of Tennessee’s largest city ended up working with a prominent law firm that led the charge to undercut and underfund Metro Nashville Public Schools. That’s a great question and one voters may be asking as elections approach in August. Here’s a timeline of Briley’s “Disappearing Dave” act when it comes to fighting for MNPS at the General Assembly.

On January 31, 2018, Nashville was caught off-guard by the biggest mayoral scandal since Bill Boner as Megan Barry admitted to having an affair with her Metro Police bodyguard.

A little more than a week later, on February 8, Metro entered into an amended “intergovernmental relations” contract with the law firm of Adams & Reese. The firm’s first public work? Its Memphis-based partner Lucian Pera questioned the ethics of the District Attorney Glenn Funk for investigating Barry on February 23. Nate Rau of The Tennessean noted on February 28 that Adams & Reese pay from Metro Nashville jumped by 58% just prior to the firm’s interjection into the Barry scandal.

The Barry brouhaha reached its climax on March 6 as she pled guilty to felony theft and resigned from office. Vice Mayor David Briley succeeded Barry as Mayor of “It City.”

On April 30, Briley had his first “State of Metro” address and proclaimed that education is the “biggest key to Nashville’s success.” … then quickly disappeared from education policy discussions.

Meanwhile charter school advocates TennesseeCAN, represented by Adams & Reese, in their 2018 Legislative Report congratulate the Tennessee State Legislature for providing charter schools with more access to public school tax dollars and then call for more money in the future, at the expense of public schools.

The following February, Gov. Bill Lee’s “Tennessee Education Savings Account Pilot Program” — (voucher scheme) is introduced in the Tennessee General Assembly. The bill was strongly supported by TennesseeCAN (among others) and their Adams & Reese lobbyists — TennesseeCAN is located in the Nashville offices of Adams & Reese. Briley issued a strong statement on how this legislation will have a devastating economic impact on Nashville schools. You might think that with such a big gun pointed at Nashville, he would direct the city’s lobbyists to fight against the bill like Memphis and Knoxville did. Instead, Briley did nothing.

On March 29, Mayor Briley angrily appeared on television  and threatened the school board, telling them to “get their house in order,” and that future Metro money will come with strings attached.

Meanwhile, the anti-public education forces were on the march at the Capitol. The state House Government Operations Committee approved Bill Lee’s voucher bill on April 1. Briley was quiet.

Three days later, Briley and his staff hosted the “Mayor’s Legislative Reception” at the Bridgestone Arena on April 4. Adams & Reese was the primary sponsor of the reception. Among the attendees are Senate Majority Leader Jack Johnson, Senate sponsor of Lee’s voucher bill. Number of comments made by Briley about vouchers? Zero.

Metro Councilman Dave Rosenberg on April 9 questioned how Adams & Reese can be lobbying for legislation that is contrary to the will and need of Metro Government’s citizens. Briley’s office said in response they support the firm and added, “vouchers were not discussed during contract negotiations with Adams & Reese.”

Speaker of the House Glen Casada held the House vote open for 30 minutes on April 23 so he could twist one arm enough to pass Gov. Lee’s voucher bill and, in doing so, Knox County was exempted from voucher legislation. Only Memphis and Nashville remained in Casada’s crosshairs.

The same day, Briley held a media availability promoting the “Mayor’s Blood Pressure Check Up.” The photo op is in his office. He made no public statement on vouchers.

At his second State of Metro address, on April 30, Briley states “Education will always be priority number one. There are few things more essential to building a strong Nashville than having great public schools.” He then adds, “While the state of Tennessee will be putting more than $100 million of new money into K-12 schools across the state this year, Metro will get just $587,000 of that.” Maybe having lobbyists who shared the city’s interest in public education would have helped.

(By contrast, when Briley needed to stop the state from preempting his plan to sell off Nashville’s parking meters, he sent his chief of staff, in-house lobbyist, and chief strategy officer.)

On that same day, the Tennessee General Assembly appointed a conference committee to resolve issues on the voucher bill and how it would affect the state’s most populous counties. No one from Davidson County was appointed. Briley was silent.

Gov. Bill Lee signed his voucher bill into state law on May 24, a law that only affects Nashville and Memphis. A law that the city of Nashville was oddly quiet on, yet one that will have a significant impact on the city’s budget for years to come. Briley celebrated the one-year anniversary of his special election victory on the same day instead.

While the state makes preparations to take money out of public schools, the lobbying firm responsible for vouchers continues to cash checks from Metro. All the while, Disappearing Dave says nothing. 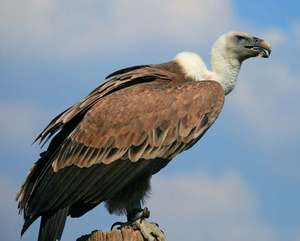 One School Board candidate in Memphis has attracted significant attention and financial support from pro-privatization group TennesseeCAN. The group bills itself as a grassroots advocacy organization, though it is not clear if the work here will benefit Tennessee or Minnesota.

Chalkbeat has more on TennesseeCAN’s efforts in Memphis:

TennesseeCAN spent more than $26,000 on behalf of candidate Michelle Robinson McKissack for mailed advertisements, phone calls, and texts in late June, according to the group’s disclosure forms.

The group also sent an endorsement letter to Shante Avant and contributed $3,000 to her campaign last week, said the organization’s spokeswoman.

The story notes TennesseeCAN has long been supportive of using public money to fund private schools:

But since starting its advocacy work in the state in 2011, TennesseeCAN has been best known for supporting vouchers that would allow state money to pay for private school tuition as an option for students from low-income families. State lawmakers sought to pilot a program in Memphis, despite the fact that parents and policymakers in the city strongly opposed the measure. Vouchers could siphon off more than $18 million annually from public schools.

Both candidates supported by TennesseeCAN have said they oppose vouchers.

With the election in Shelby County just around the corner, it will be interesting to see if the TennesseeCAN investment gets the desired result.

StudentsFirst, one of the leading proponents of school vouchers in Tennessee, has a new name.

Pro-voucher student choice group StudentsFirst Tennessee has changed its name to TennesseeCAN as part of working as an official member of the 50CAN: The 50-State Campaign for Achievement Now network.

TennesseeCAN will function as a new organization whose legislative agenda, policy priorities, staff and underlying mission remains unchanged, according to a news release from the group.

StudentsFirst has been one of several organizations supporting legislation to create school voucher programs in Tennessee. These so-called “opportunity scholarships” use public money to pay a qualifying student’s private school tuition. Despite millions in spending on campaigns and lobbying, a broad voucher plan has yet to pass the General Assembly.

A very limited voucher plan focused on a narrowly-defined group of special needs students is now in effect in Tennessee.

What TN Can Learn from Louisiana on Vouchers