Lincoln County has joined those giving low marks to the state’s A-F Report Card for schools. 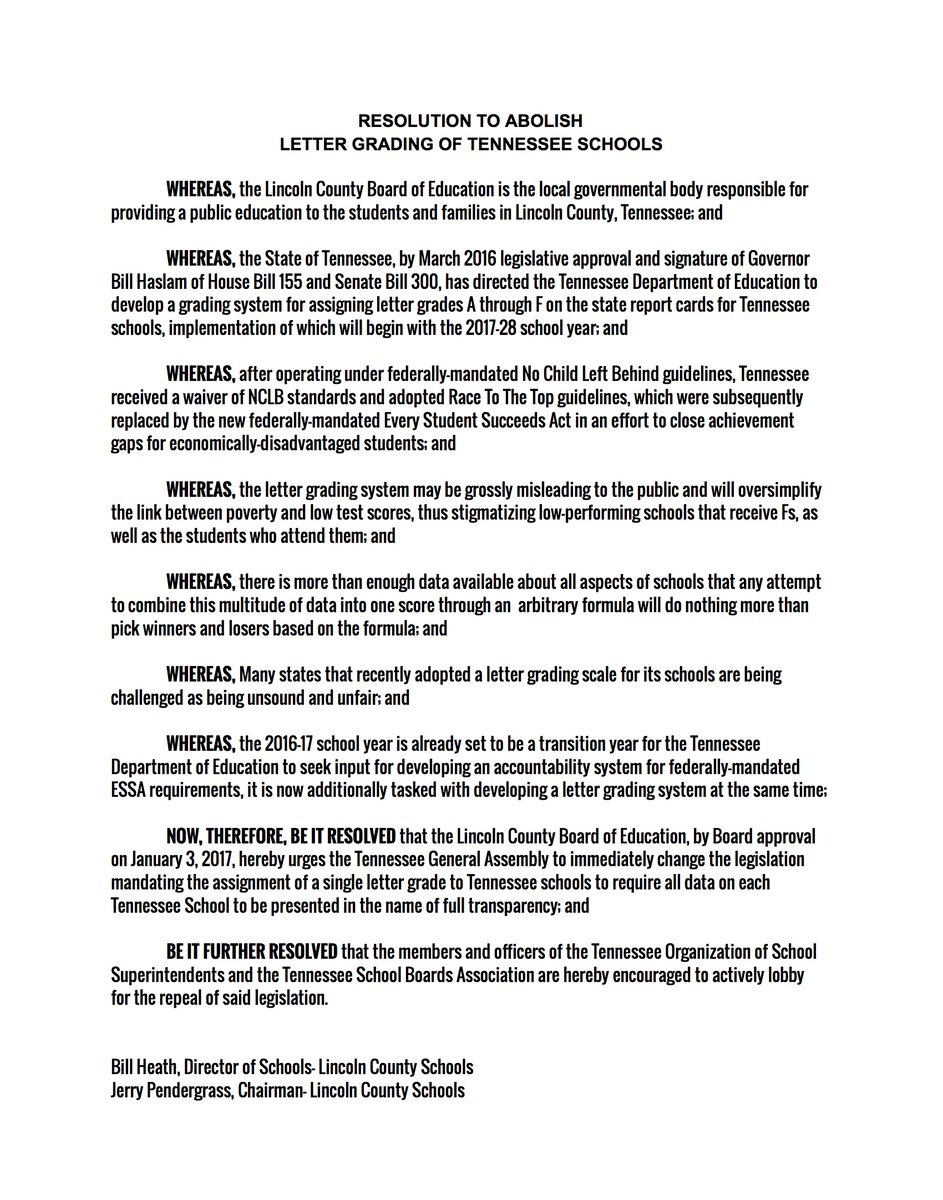 That’s what House Majority Leader Glen Casada, who sponsored the legislation, is saying. Under his proposal, which mirrors A-F school grading systems in other states (Texas, Florida, Indiana), the Tennessee Department of Education’s annual school report card would assign a letter grade from A-F to each school in the state.

The legislation mandated the creation of the A-F scale, and the Department has designed a plan. Now, after seeing the proposed plan, Casada says it may need some work and a one year delay could give the state time to improve the proposal.

“We have been working with the Tennessee Organization of School Superintendents and delayed the A-F grading one year,” Casada said. “It gives heartache to many systems. We called all parties. We said there are problems with the way you want to implement it.”

As written and passed by the legislature in 2016, new accountability standards that give letter grades to each school across the state should go into effect for 2017.

The news of the possible delay comes as some education leaders are calling for the proposal to be scrapped altogether.

Legislative action is required to delay the implementation and it seems likely there will also be legislation that aims to eliminate the system entirely.

Ripley High School Principal Joey Hassell has been tweeting this weekend about the state’s move to an A-F grading system for schools. The new system came about because of a legislative mandate. Hassell’s not happy about it. Interestingly, Hassell was formerly an Assistant Commissioner at the Tennessee Department of Education.

Here are a few of his tweets about the A-F grading system for schools:

To ensure #allmeansall, provide support not a label, @TNedu! This will damage public education! Teachers & students are more than a score! https://t.co/SgHJS9RX2K

The single A-F grade for each @TNedu school will only assist in pulling $ from public schools. Support #allmeansall, don’t label! #tnedu https://t.co/BiRVMl7DGj

As you can see, Hassell is quite unhappy with the move to the new grading system. His opinion seems to be supported by at least some district-level leaders based on likes and retweets he’s received.

The A-F system is set to start next school year, based on results from this year’s battery of tests and other data.

The legislature could make changes to the proposal in the upcoming legislative session, which starts on Tuesday, January 10th.