While Bill Lee is avoiding talking directly to Tennessee’s education leaders about his plans to use public money to pay for private school tuition by way of voucher schemes, his track record on the issue is clear. Bill Lee supports school vouchers.

Not only did he write an op-ed in 2016 encouraging support for voucher legislation, but he also has consistently supported the Tennessee Federation for Children financially.

Here’s how Chalkbeat reported on the TFC when DeVos was nominated to be Secretary of Education:

This election cycle alone, advocacy groups founded and led by DeVos helped to oust at least one outspoken voucher opponent — and elect two new supporters — in Tennessee’s House of Representatives, the key arena for the state’s voucher debate.

From the helm of groups including the American Federation for Children and the Alliance for School Choice, DeVos, a staunch Republican, has contributed millions of dollars nationally to state legislative candidates in favor of vouchers and against those who do not, regardless of political party.

In Tennessee, most of that work has been done through the state’s affiliate of the American Federation for Children, which launched in 2012. The group has spent hundreds of thousands of dollars annually, reaching more than $600,000 for races in 2014. This year, organizers spent at least $169,777 on House races.

The Tennessee affiliate is currently led by Shaka Mitchell, who previously attempted (unsuccessfully) to expand the Rocketship charter school experiment in Nashville.

Let’s be clear: Bill Lee has written about his support of school vouchers. He’s indicated support of legislation that would silence school boards on the issue. He’s given thousands of dollars to an organization dedicated to enacting vouchers and electing voucher supporters.

While Bill Lee won’t talk to educators about his plans, his record speaks loud and clear. 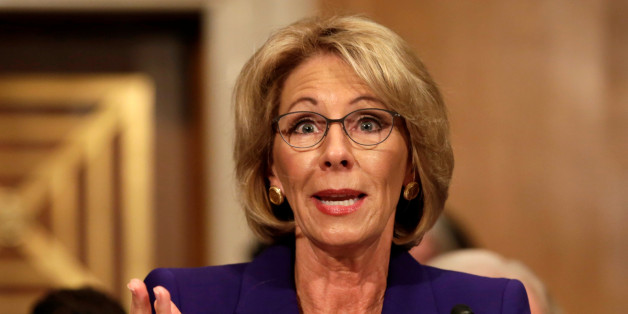 6 thoughts on “Bill and Betsy: A Tennessee School Voucher Story”