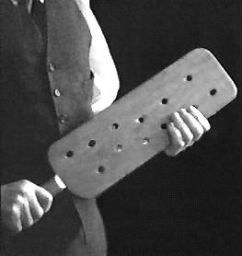 One thought on “Still Spanking Students?”