Tennessee Education Commissioner Candice McQueen said yesterday that despite a desire to move a struggling Memphis middle school into a proven local turnaround model managed by the district, she is insisting the school be moved into the failing Achievement School District (ASD).

Education Commissioner Candice McQueen said Thursday that American Way Middle School must be converted to a charter school in the fall of 2019 under the state’s new accountability plan. If Shelby County Schools doesn’t decide by March 15 to do that on its own, she said, the state will take over the school and move it to Tennessee’s Achievement School District.

While the Shelby County Schools iZone has been lauded for achieving solid results, the state’s ASD hasn’t gotten the job done. In fact, of the original schools taken over by the ASD five years ago, all but one remain in the bottom 5% of all schools in the state. That is, there’s be no significant improvement in performance.

So, why is Candice McQueen hellbent on moving American Way into a failed reform model? The Shelby County School Board has taken corrective action and set the school on a path that has gotten proven results at other schools. Further, McQueen’s chosen intervention is one that’s simply not getting results.

Will lawmakers in Nashville take action to stop this move? So far, efforts to rein-in the ASD have been met with significant resistance. However, the lack of a successful TNReady administration has hampered the ASD’s growth. McQueen says that will no longer be a problem:

The commissioner said the state’s decision to delay school takeover until 2019 is due to delayed test scores from the state. That won’t be the case in the next round of sorting schools into various “improvement tracks” under the state’s new school accountability plan. The state’s next list of its lowest performing schools is scheduled to be released next fall, which will inform decisions for future improvement plans.

Let’s be clear: Candice McQueen has presided over a failed transition to a new test and an aggressive intervention model for struggling schools that has left kids behind. Now, she’s insisting that Shelby County do what she says. Why would anyone trust their district’s students to Candice McQueen’s judgment? 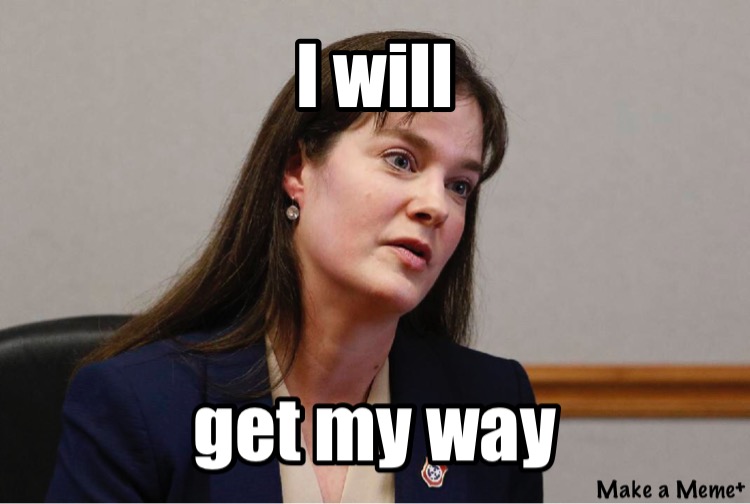 Despite a lack of clear results, the Tennessee Department of Education continues to use the Achievement School District as a means of taking over district schools in Memphis.

The latest round of forced disruption comes as Shelby County Schools says the two schools being targeted are on a district-led path to improvement.

In their first public discussion of an intervention plan outlined this month by the Tennessee Department of Education, members of Shelby County’s board of education said they aren’t convinced the most drastic recommendations will work for Hawkins Mill Elementary and American Way Middle schools.

The state has recommended closing Hawkins Mill because of its low enrollment and poor academic performance. American Way is on the state’s track either for takeover by Tennessee’s Achievement School District or transfer to a charter organization chosen by Shelby County Schools beginning in the fall of 2019.

Board members pointed out that the ASD simply isn’t working, and the results from schools in the ASD for five consecutive years demonstrate she’s correct.

Board member Miska Clay Bibbs, whose district includes American Way, was opposed to both of the state’s intervention options.

“What you’re suggesting is something that’s not working,” Bibbs said of the ASD’s track record of school turnaround based on its charter-driven model.

Bibbs added that any improvement plan for American Way must be comprehensive and offered up a resolution for consideration next week to move the school into the iZone next school year.

The Achievement School District has been fraught with problems from the outset, from hosting happy hours to recruit teachers to a lack of transparency to pitting schools and communities against each other in a fight for survival. Then, of course, there’s the apparent mission creep, which could be why the program has faced so many challenges.

Now, the Shelby County School Board is pushing back. Will the Tennessee Department of Education force disruption on these two schools, or will they allow SCS to move forward on their own improvement path?